Grisha Stewart is an author, international speaker, and dog trainer based in Oregon, USA, who specializes in dog reactivity. She is best known for her Behavior Adjustment Training (BAT) technique for dog socialization and reactivity rehabilitation (more on that below).

In 2001, Grisha founded Ahimsa Dog Training, which grew be Seattle's largest and most popular dog training company. Ahimsa earned many awards, including Best of Seattle and Best of Western WashingtonAhimsa was bought by a beloved  staff member in 2015. 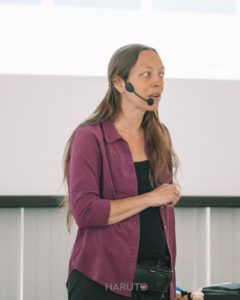 Speaking in Portugal. Photo by Mafalda Costa - Haruto Pet Photgraphy."Ahimsa" is a Buddhist doctrine of nonviolence to all living things, which reflects Grisha's focus on force-free methods to promote the well-being of dogs and their humans.

Her seminal book, "Behavior Adjustment Training: BAT for Aggression, Reactivity, and Fear in Dogs," was published by Dogwise in late 2011. Grisha's popular second book, "The Official Ahimsa Dog Training Manual: A Practical, Force-Free Guide to Problem Solving & Manners," was published in 2012 and updated in 2014. She also has over a dozen DVDs, with 6 currently in print. Her third book, BAT 2.0 was released in early 2016 and is available to order here in digital and paperback form (and other places, but here is best)! This content replaces the first BAT book.

Grisha is an enthusiastic and entertaining presenter who creates her seminars to accommodate a variety of learning styles. Her interviews have been featured internationally in magazines, television shows, research articles, podcasts, blogs, and newspaper articles.

See our hosting page (on the old site) for a list of topics some quotes from seminar hosts. If you don’t host seminars, but want to attend a dog behavior seminar near you, please send a link to the hosting page to a local training club. 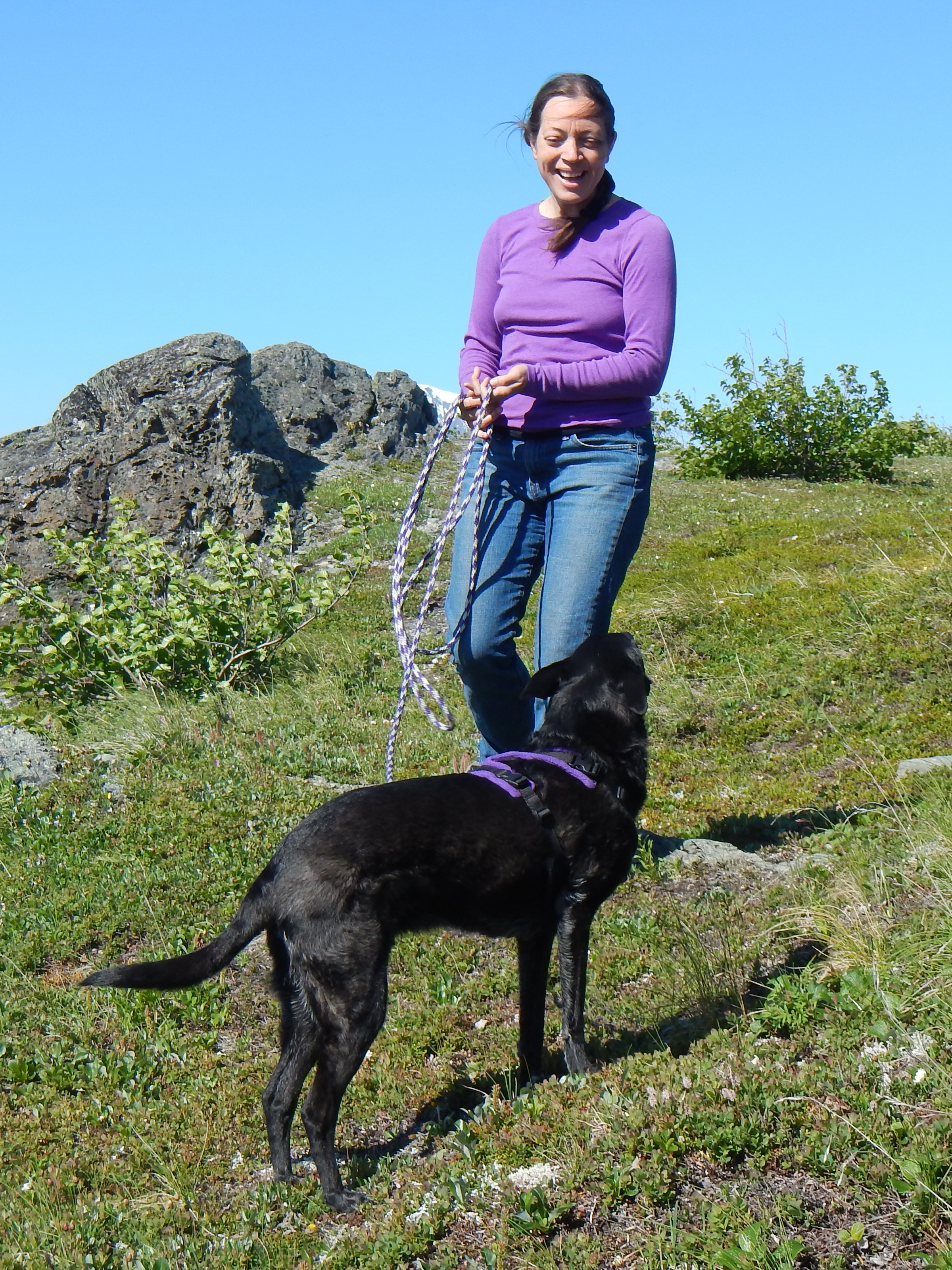 Grisha & her beloved Peanut. Photo by Carly Loyer, Ph.D.
Grisha earned a Master’s in Mathematics from Bryn Mawr College (2001) and most of a Master’s in Psychology with an emphasis in animal behavior at Antioch University. Her mathematics master's thesis under Helen Grundman, Ph.D. was recognized by the Northeastern Association of Graduate Schools. They highlight one thesis in the "Physical Sciences, Mathematics, & Engineering" category for every 3-year period.

Grisha's first career as a theoretical mathematician and college instructor serves her well in dog training and behavior consultations, because she relies heavily on the problem solving, critical thinking, and teaching skills she gained in that field. Since founding Ahimsa Dog Training in 2003, she has found her canine and human students to be much more excited about learning than her college students!

Canine behavior fascinates Grisha and she is highly motivated to help improve industry standards for rehabilitating and training dogs. Her professional interest in dog reactivity, along with the need to find an efficient rehabilitation technique that would work with her own dog's fear issues, led Grisha to develop BAT.

Grisha has also recently gotten interested in singing and writing music, including her song about BAT. Click here for more information about Grisha's music